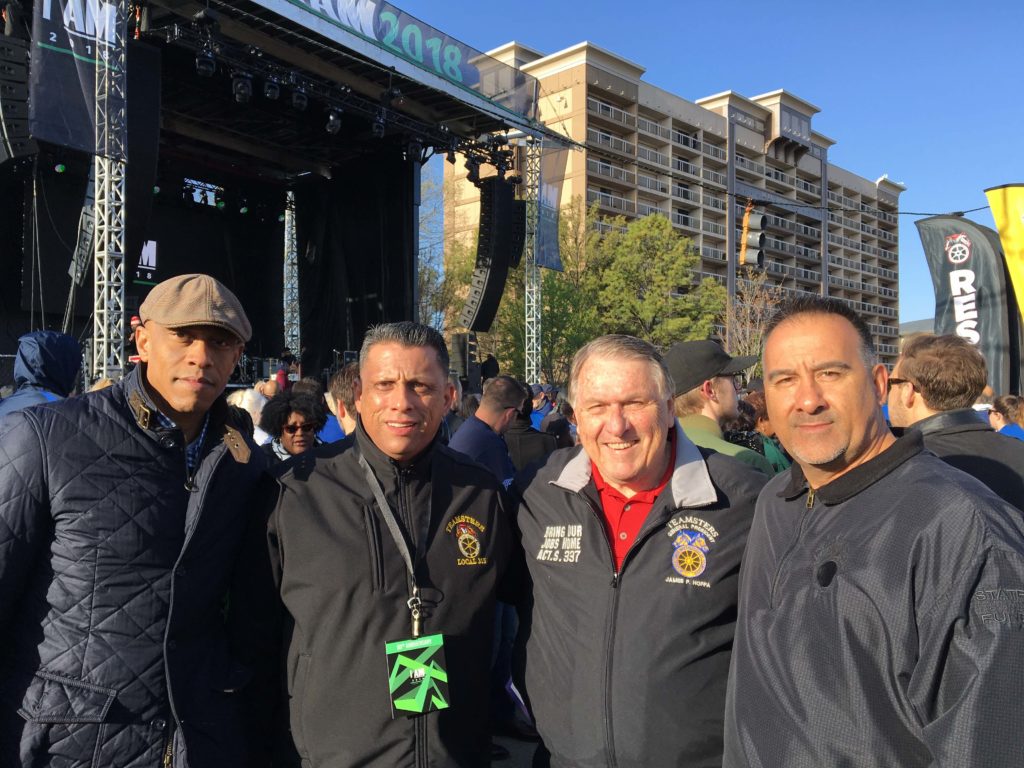 American Federation of State, County, and Municipal Employees’ (AFSCME) Local 1733 organized a rally and march to pay homage to their union brothers, who fought for a safer workplace, and a civil rights legacy, who fought in solidarity. Secretary-Treasurer Don E. Garcia, President Alberto Ruiz, and Joint Council 7 representatives walked amongst the crowds, collectively carrying on history’s significance and connecting it to the current problems for sanitation workers. 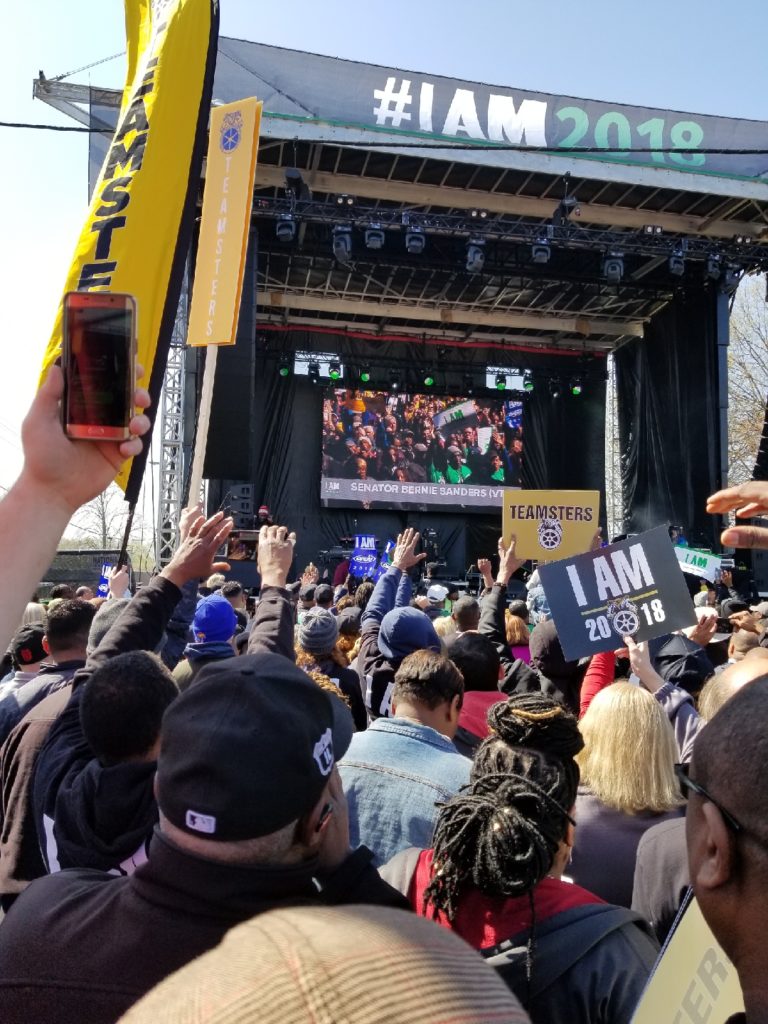 Crowd cheering at the I AM 2018 rally

The event honors both MLK and the 1,300 sanitation workers, who stood together for dignity and respect on the job, and how they shaped the futu

General James P. Hoffa made a stage appearance to express the International Brotherhood of Teamsters’ gratitude to AFSCME and paying respects to Dr. King’s family.  Congresswoman Barbara Lee (CA) expressed her commitment to end poverty, inequality, and racism to honor MLK.  The sanitation workers from the 1968 strike graced the stage, sharing their accomplishments, and the importance of continuing the fight.  Senator Bernie Sanders reflected on Dr. King’s core faith in promoting universal peace and equality. Reverend Dr. Barber revealed the struggle of economic inequality is still ongoing in Memphis.

If it wasn’t for the 1,300 workers fighting for a humane work environment and a right to organize a union, sanitation workers would have continued to live in the shadows. If it wasn’t for Martin Luther King Jr. directing the world’s attention to the tragic loss of Echol Cole and Robert Walker, the public would be denied the right to see the reality of a sanitation worker and walk with them in solidarity.