President Alberto Ruiz, Secretary-Treasurer Don E. Garcia, and other Joint Council 7 representatives are paying tribute to the 50th Anniversary of the Sanitation Workers Strike of 1968 and Dr. Reverend Martin Luther King Jr. in Memphis, TN. Today is the third and final day of the Mountain Top Conference, a title referring to the famous and last speech given by King Jr. 50 years ago, King preached “I’ve Been to the Mountain Top” before sanitation workers at the Memphis’ Mason Temple Church of God in Christ. Civil rights activists, labor leaders, and other champions for peace gather today in the same Mason Temple to commemorate the speech.

Specially selected speakers in the program included King’s children, Dr. Bernice King and Martin Luther King III, who shared the stage to reflect on the how their father changed the world view, from once villainizing him in life to honoring his legacy after his assassination.  AFSCME International President Lee Saunders, honors today’s sanitation workers who are still seeking worker safety. Remarks were made by Paul Chavez, the eldest son of Cesar Chavez, Ambassador Andrew Young, Bishop Brooks, Presiding Bishop Charles Edward Blake, Sr., and a video appearance made by former President Barack Obama who advised, “As long as we’re still trying, Dr. King’s soul is still rejoicing.” 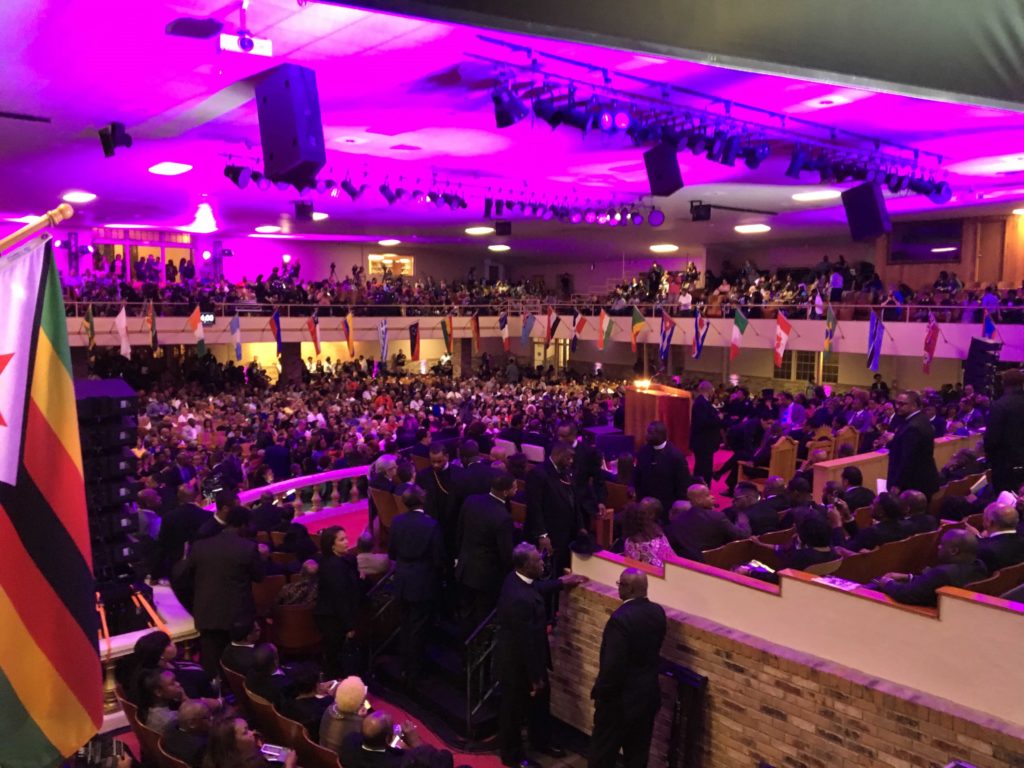 Inside the Mason Temple where Martin Luther King Jr. gave his “I’ve Been to the Mountain Top” speech 50 years ago.

Closing remarks were made by Dr. Bernice King and Martin Luther King III, who inspired the entire room to be actively involved in the movement. Their message echoes the timelessness of their father’s. Martin Luther King Jr. fought for people of the peace. Raising the middle class has been and still is important.  50 years after King’s speech, union leaders, union members, and activists are called upon to stand together.

The celebration continues! Click here for AFSCME’s “I AM 2018” March and Rally!