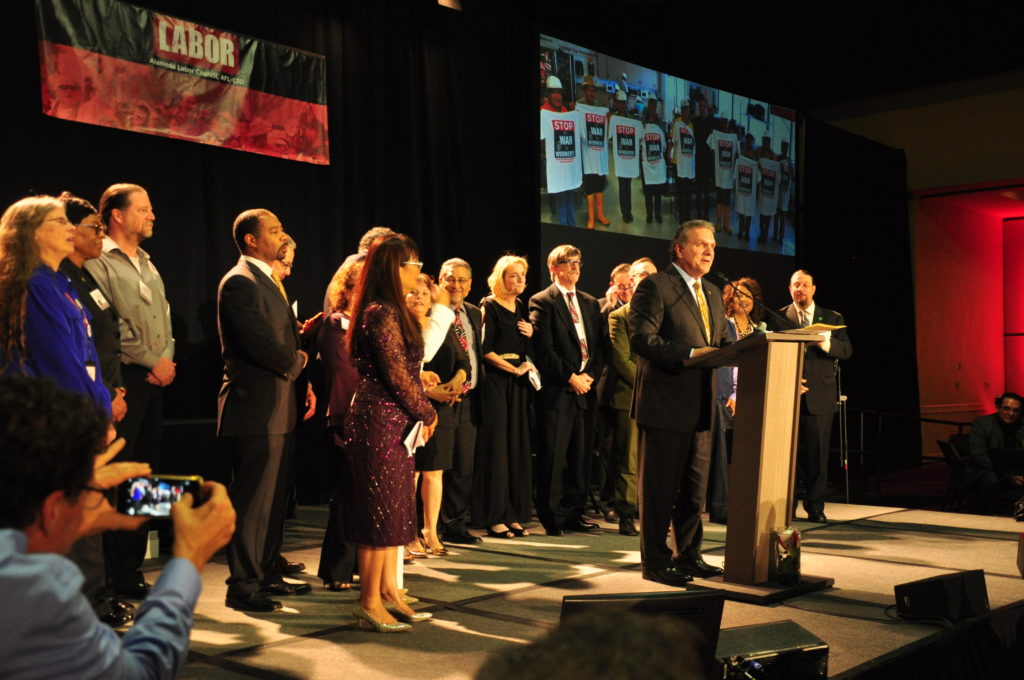 The Alameda Labor Council celebrated previous Joint Council 7 president Rome Aloise for his outstanding and extensive leadership in the labor movement and the Teamsters labor organization. Aloise, who is currently on hiatus from his positions, has worn numerous hats for the Teamsters, from organizer to elected officer of Local 853, to 853’s Secretary-Treasurer to International Representative, to Special Assistant to General President Hoffa to Vice President At-Large for the International Union, to Director of the Teamsters National Dairy Conference and the Food Processing Division, and most recently elected to Teamsters Western Region Vice President.

Solidarity awards were announced to recognize proven leadership within the labor movement and within the Alameda Labor Council. The Labor Council awarded IBEW 595, SMWIA 104, UA 342, and UA 483.

With his determination to keep the Teamsters strong, Rome Aloise prides in moving young leaders forward. With Aloises’ honorable track record and dedication to elevate workers, it is no surprise a room permeated with labor leaders, politicians, and community organizers celebrated this unstoppable force for good.

See “Unionist of the Year” evening below: