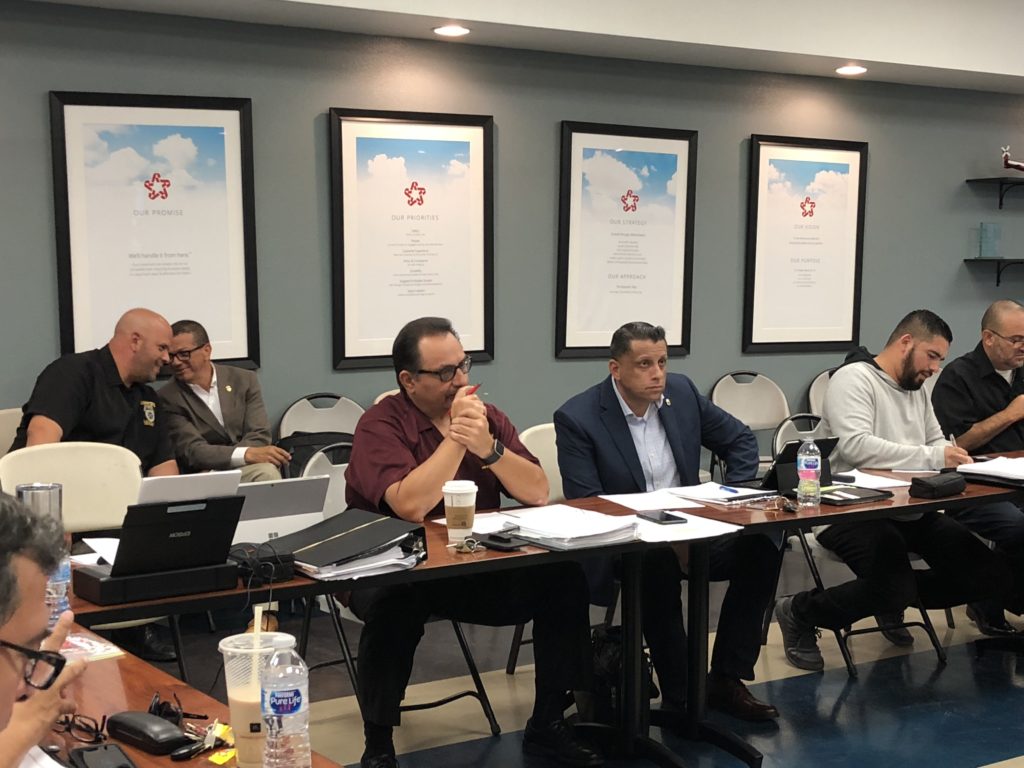 Last Friday, Local 315 President Alberto Ruiz participated in solidarity with Ron Herrera, Director At-Large for the International Brotherhood of Teamsters’ Solid Waste Division, during his negotiations for Republic Services in Long Beach, California.  Republic Services dished out their last and final negotiation offer for a contract representing about 800 members from Teamsters Local 396.

Herrera asked Ruiz to be present during negotiations due to the fact both union representatives for solid waste face the same concerns. Herrera’s main concerns for his members include their split work week and health, welfare, and pension increases. Under Herrera’s new direction, locals are beginning to come together to win the best contract for their members. “Local 315 and Joint Council 7 must stand in solidarity with our brothers and sisters in Southern California. We are in the same fight with the same company, and as a union we work together to put our best foot forwards during these negotiations,” says Ruiz.

In addition to leading the Teamsters Solid Waste Division, Ron Herrera is the International Vice President of the Teamsters Western Region, Secretary-Treasurer of Local 396, Executive Director of the National Hispanic Caucus, and Trustee of Joint Council 42.