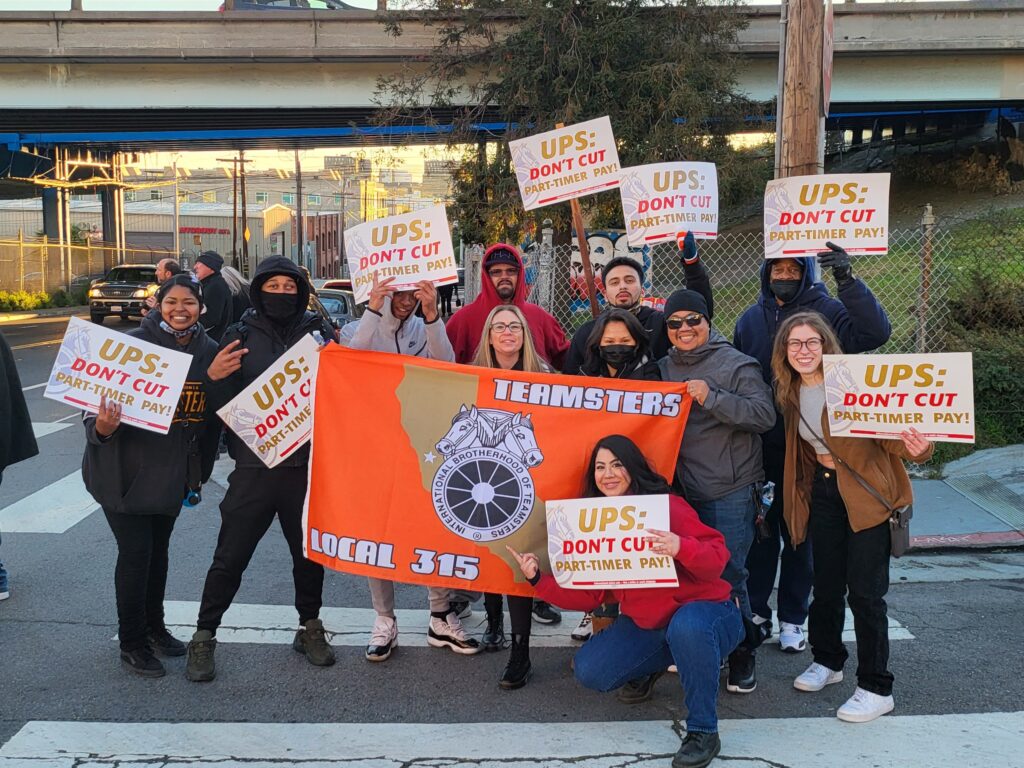 On February 23, about 50 part-time UPSers from Local 315 met up that early Wednesday morning in Richmond, California to be bussed to the UPS Center in San Francisco. The bus was chartered by our local union to meet at the UPS building for a “Day of Action” to protest the pay cuts the part-timers recently experienced. The event was organized by Joint Council 7.

The packed bus arrived at the UPS building on the corner of 17th Street and San Bruno Avenue around 630AM. By the time the protest officially started there were an estimated 400 fellow JC7 Teamsters and local city leaders in attendance, with about 125 representing Local 315, according to Local 315 President Alberto Ruiz.

After several hours the protest began to wind down. The atmosphere was extremely positive and productive. Gatherings such as these are vital to growing our great union because no matter how hard you try, you just cannot replicate the effectiveness of in-person gatherings in terms of meeting fellow likeminded union members and building relationships with them. For many, this was their first union event since the start of the pandemic and for others it was their first Teamster event ever.

“This was my first protest, and I can’t tell you how proud I am to be a part of the Teamsters. To see so many sisters and brothers from different local unions come together for solidarity was something amazing.” – Jeannette De la Cruz, a preloader at UPS in Oakley since 2017.

Sonya Graham is an active Teamster of 34 years, and also a part-timer. She started her career at the San Francisco building and said, “This rally allowed those who were affected by the pay cuts to see for themselves the power of strength in numbers. By joining together as one, this was truly an eye-opening experience. We can only be heard through our actions and my hope is that our action will speak volumes.”