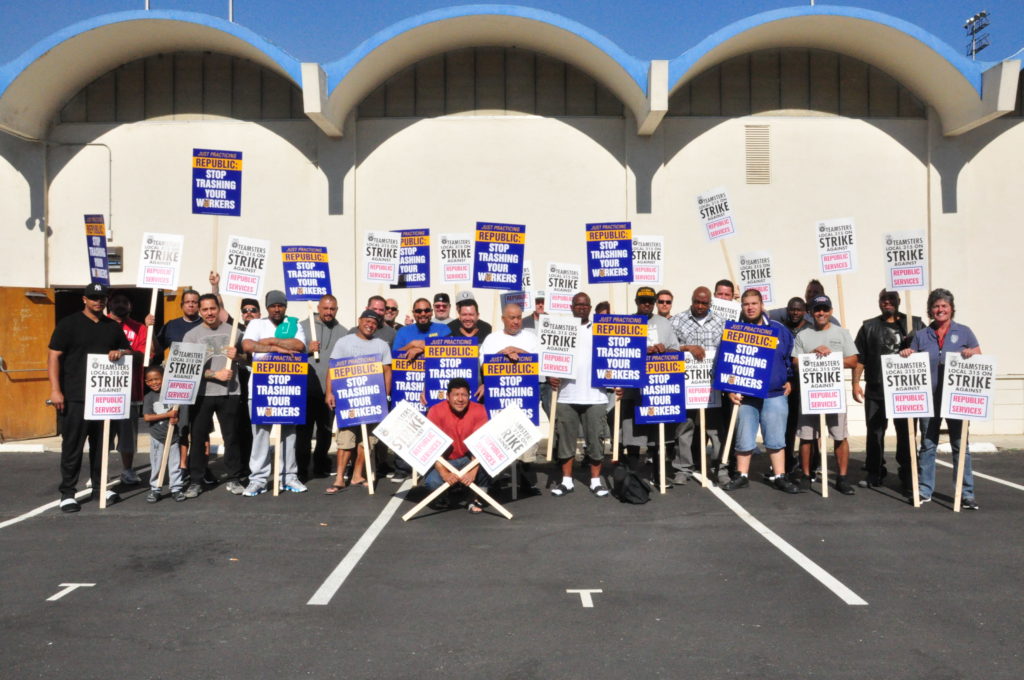 Teamsters Local 315 is in extended contract negotiations with Republic Services and is far from a settlement for workers in the Recycling Division at Richmond Sanitary Service (RSS). The Company recently settled on a good contract with the Union for the Garbage Division. The Garbage and Recycling Divisions within RSS bargain on two separate contracts, and the Company initially discussed the promise of contract parity with the workers of the Recycling Division. Unlike garbage collection, which averages collection of one can per site, the recycling collection picks up multiple loads of recycling, including green waste.

The solid waste industry has been making big transitions, diverting waste from garbage landfills and encouraging recycling and composting from customers. As a result, the position has become increasingly more demanding on recycle drivers. The recycle drivers want a fair offer equal to garbage drivers, and the current offer allows compensation less than their co-workers in garbage. Aside from additional collection, the recycle drivers do the same job.  Both garbage and recycling are physically demanding and often requires extra hours to fulfill the routes defined by the Company. Drivers risk their lives every day serving the community. We ask Republic Services to consider the cost of living for the recycle workers and for them to receive an equal contract agreement to their garbage collection counterparts.

A fair offer is long overdue for the workers who pick up our recycling and compost.  For workers who commit to serving their neighbors in a notoriously high-risk classification, we demand respect and equality for the recycle drivers.  Due to the nature of the visible inequality, we ask our community to stand in solidarity with sanitation workers for an upcoming strike. Please join us in supporting the recycle drivers, who deserve a good contract equal to their co-workers.