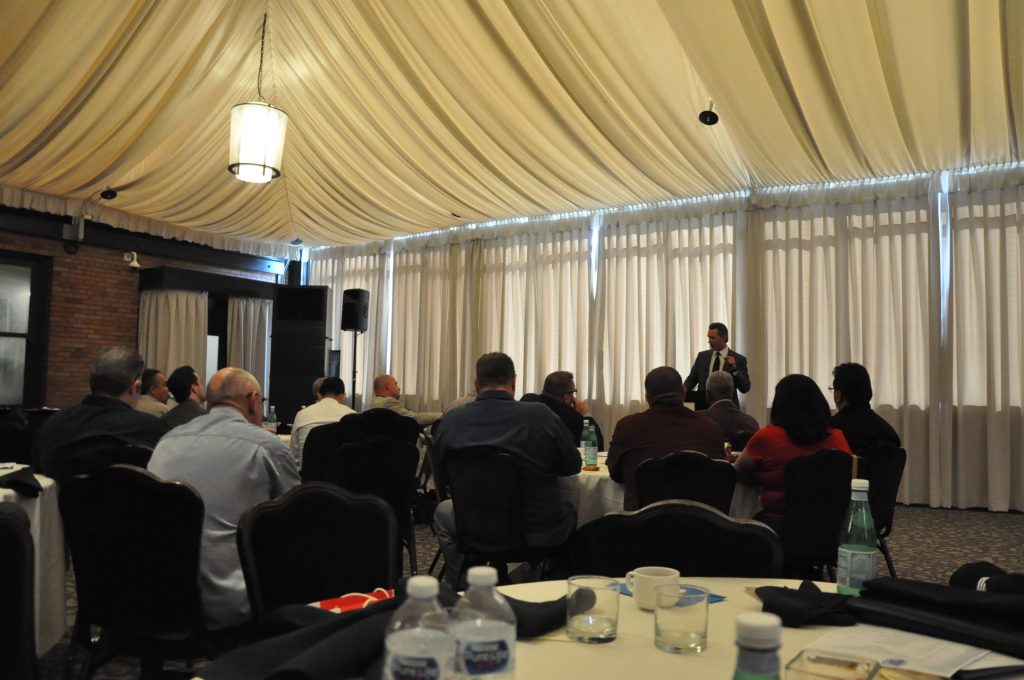 On Thursday, August 31st, the California Teamsters Public Affairs Council invited the democratic gubernatorial candidates to give speeches on their qualifications for the upcoming 2018 governor election.  Candidates include California State Treasurer John Chiang, chairman of Educate Our State and Close the Gap CA’s Delaine Eastin, former Los Angeles mayor, Antonio Villaraigosa, and San Francisco mayor, Gavin Newsom.  All candidates displayed their history of commitment to labor and promises to be the eyes and ears of labor while serving as governor.

John Chiang was the first speaker to give a brief history of his background.  He was raised by his Chinese immigrant parents, which led him to his strong beliefs in opening opportunities for all American families to be able to strive in America despite economic disadvantages. Chiang created a ballot measure committee specifically on affordable housing, and with experience in watching California’s finances, he maintains a strong record of holding others accountable for their actions.

Delaine Eastin hails from a family with generations of union workers.  Eastin, raised with working class values, is determined to conquer issues in families economic struggles to afford living in California, and raising standards in education.   She chairs Educate Our State, a nonprofit advocating for California’s schools, and Close the Gap CA, a campaign to recruit women to run for state legislation for higher representation.

Antonio Villaraigosa established his political career as a member of the Los Angeles Metropolitan Transportation Board, leading to his support for investing in infrastructure.  Also a former union organizer for 15 years, he was President of the American Federation of Government Employees. Villaraigosa also pushes for education and environmental change.

Gavin Newsom spoke about being the first politician to openly advocate for same-sex marriage, which demonstrates his passion to fearlessly fight for all Californian’s rights. Newsom jumped into the significance of automation to Teamsters jobs, and how he will find ways to combat what technologies may affect our members’ jobs.  Newsom recited an old proverb that resonates universally in the labor movement.  “If you want to go fast, go alone. If you want to go far, go together.”

All candidates vocalized their commitment to keeping labor strong in California, and are asking for support from the Teamsters.  Gubernatorial candidates will be continuing their campaign tours throughout the state as Teamsters decide on official endorsements.