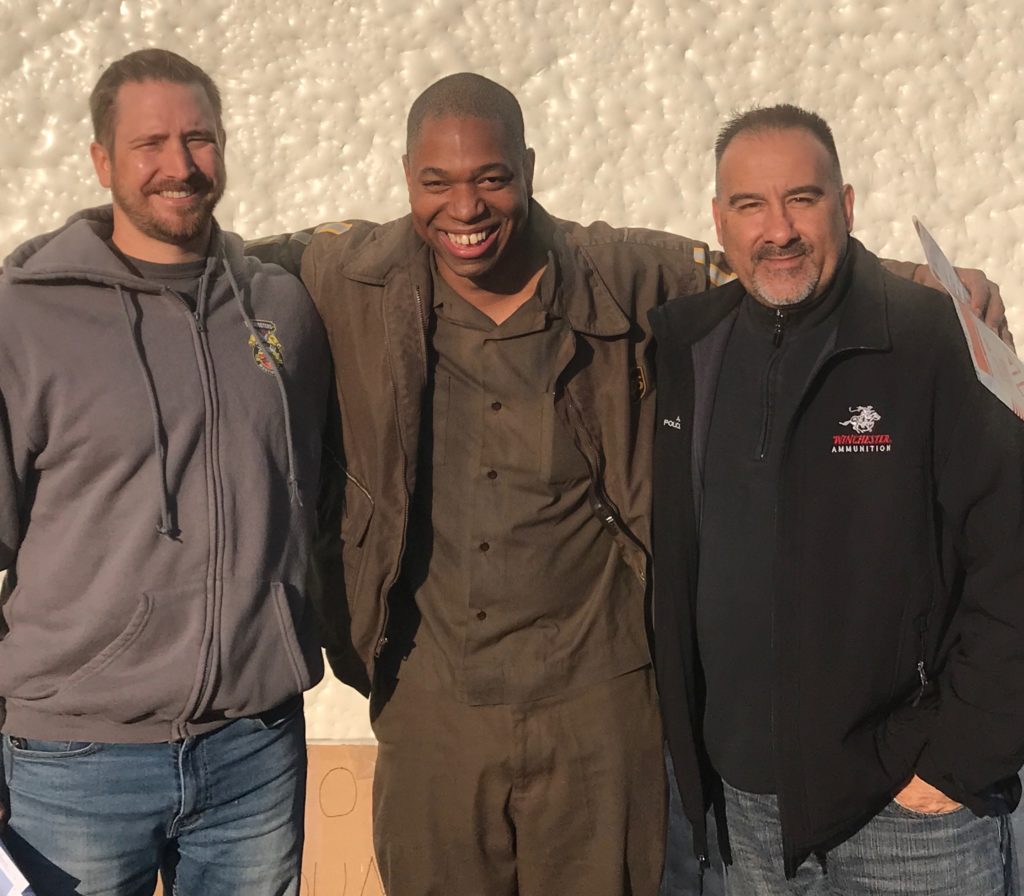 Jesse Gregory, a recently promoted service provider at UPS Concord, was reaching a delivery stop along his route last week when he spotted white smoke wafting from a mobile park.  Gregory observed the smoke exponentially worsening as it turned black.  The UPSer pulled over his truck, threw on his hazard lights, and pulled in his mirror to further investigate the scene. He then started to hear a woman shouting in Spanish, and as he approached the park, Jesse then realized that a motor home was on fire. 4 other people were witnessing the scene, but no one knew if anyone was in the motor home.

Two people made attempts to search the home, but the smoke was too threatening.  Jesse and another person discovered two hoses nearby, and started making efforts to extinguish the fire.  One of the witnesses proceeded to call 911.  With the help of others, Jesse broke in one of the windows to open the door.  As Jesse and another person went inside, they heard a cry.  They found a man lying on the floor. Initially, they screamed at him to get out, but he remained still. The two of them grabbed the unconscious man and they evacuated the home. Jesse sat by the man’s side, holding his head and praying.  The man then began to breathe again.  Shortly after, the fire department arrived and rushed the rescued man to the hospital.

Jesse Gregory went with his intuition, and was able to help save someone’s life.  We are so proud of our Union brother springing into action, and working alongside others when help is needed. We are pleased to share Gregory’s story, as it tells the importance of doing the right thing and taking care of each other this holiday season.