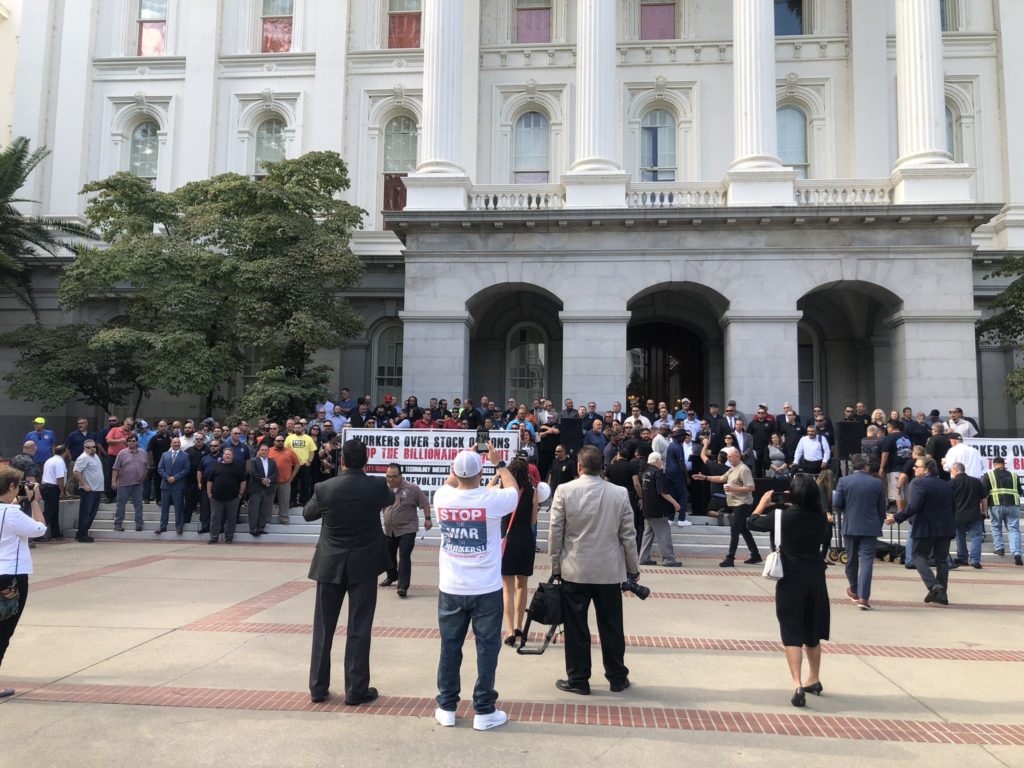 When labor wins in the state legislature, we all win, and this month labor earned a HUGE win that was years in the making. With that, let us introduce you to Assembly Bill 5 (AB 5), which was recently passed by the California Senate on September 11, 2019. It was signed into law the following week by California Governor Gavin Newsom and will go into effect on January 1, 2020.

AB 5 is a bill introduced by Assemblywoman Lorena Gonzalez, a fellow Teamster from Local 36 (San Diego) who was elected to office in 2013. This bill stems from a landmark ruling issued by the California Supreme Court in April of 2018 that better defined the boundary between employees and independent contractors. What is an independent contractor? According to Investopedia, it is “a person contracted to perform work for- or provides services to- another entity as a nonemployee.”

The focus of this bill was aimed at the gig work platforms such as Uber, Lyft, Doordash, among others, that depend on the IC model to legally allow them to avoid US labor laws that require companies to pay taxes, benefits, overtime, work-related expenses, and to pay a minimum wage. These companies pass those costs on to the gig work drivers, thus maximizing profitability at the expense of those struggling to earn a fair wage. These drivers have been at the forefront of this battle, fighting for fair wages and the ability to form or join a union, which is not legal under the self-employed classification.

Assembly Bill 5 is expected to begin to change all that in 2020.